As expected, I began to sit as a Magistrate in January. It has been entirely fascinating, with never two sittings the same. I am assured by my more experienced colleagues that even after many years, this is still the case. My initial training is nearly finished, and after an appraisal in the new year, I will be fully fledged. I continue to play the piano, badly, and I do Scottish dancing when I can. I have also returned to English folk dancing after a gap of many years. The planned production of Noah at church in February went ahead, and was very successful. Otherwise, life consists of the usual stuff – housework, Guides, church activities. 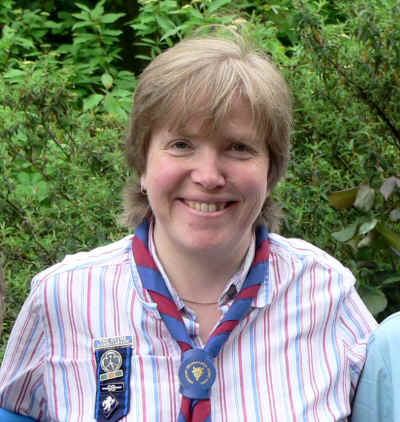 And what a year it’s been. I’m afraid that Year 8 isn’t as good as the teachers told us! In Maths and ICT, we have skipped a whole year and are doing our yr 9 SATs this year. On a good note, though, I met quite a few new people when the sets changed, and have made a lot more friends than I expected! Out of school, I’ve advanced in computer graphics and have also taken up clay sculpting as a hobby. Other than that, it’s really been a pretty uneventful year for me. 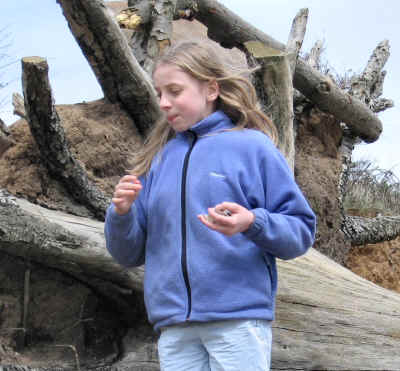 Overall, not a particularly special year for me. Last September, I moved up into year 11 – the final GSCE year! As with every new school year, more work and coursework has been piled on, but otherwise it’s not that bad, even if a little daunting. I also moved up from Guides into Rangers last Easter. I’ve made new friends, and the meetings are both relaxing and great fun, which is perfect for a Friday evening after a long week.
As always, I draw a lot in my free time, although I have recently taken up knitting as well. 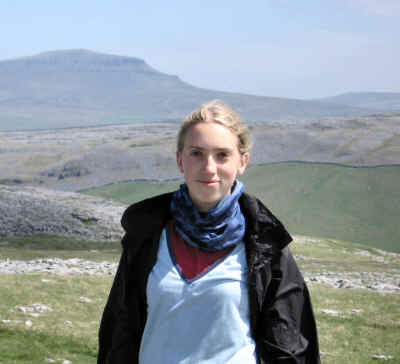 Life is treating me well, but it still sometimes seems to be a constant battle to find the time to do both the things that I want to do, and the things I should do. Despite a welcome lull in work over the summer, I’ve been busy with work the rest of the year, which at least pays the bills. Away from work, I still have my second job as a Quartermaster for our Scout Group; though less Scouts and more rules diminish the need for equipment these days. 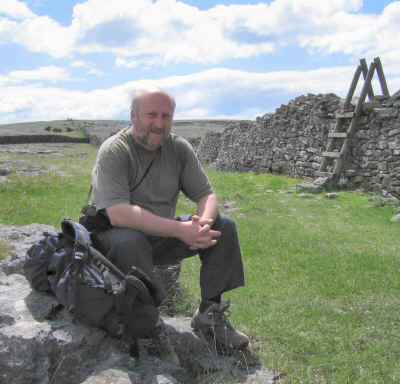 During the Easter holidays, we stayed again at our favourite farm in Suffolk. The photo shows us in the garden outside on one of the better days. 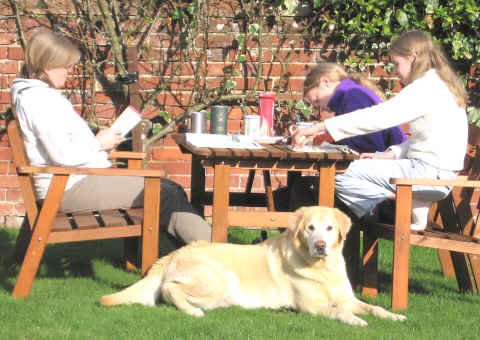 At Spring Bank, we camped in the Yorkshire Dales. A nice week of walking and relaxing, including finding a newly opened nature reserve covered in bluebells. Despite spending a week each year there for over twenty years, we managed to find some new footpaths, and this very pretty bridge: 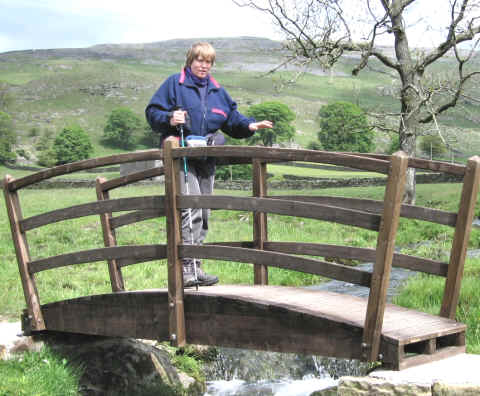 The Summer Holidays were a bit complex this year. With Gemma off to Finland, we took a friend of Lucy’s to Wiltshire, staying near to Stonehenge: 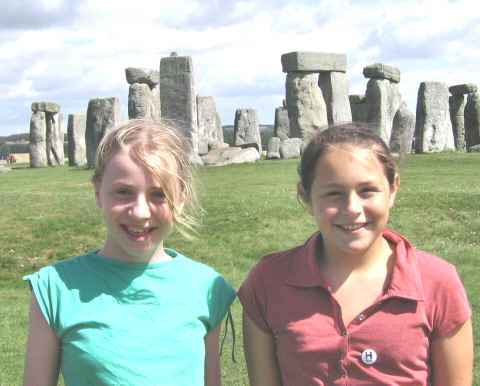 Gemma, meanwhile, was enjoying herself with 2000 other young people on an international guiding activity “WIK 2006”, based at a fabulous site in a Finnish forest. 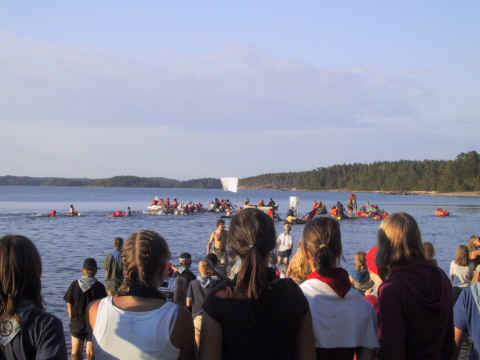 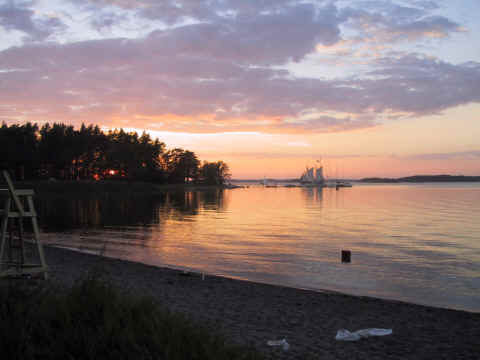 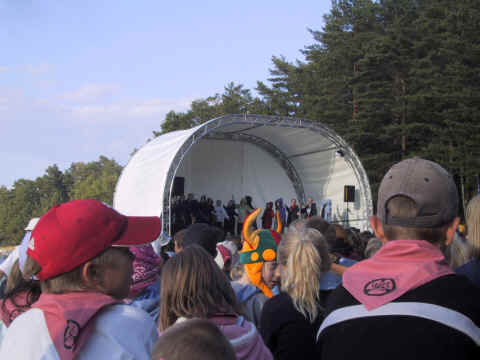 Later on in the summer, we all went to France, staying in a ‘villa’ near the coast by the Morbihan Gulf. It was a lot of driving, but it was nice once we were there! This the patio outside the house: 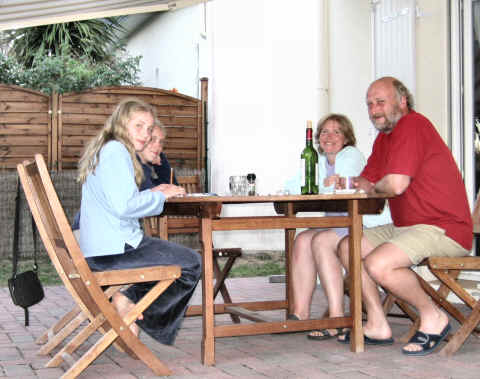 One highlight was a visit to a vast area of ancient megaliths: 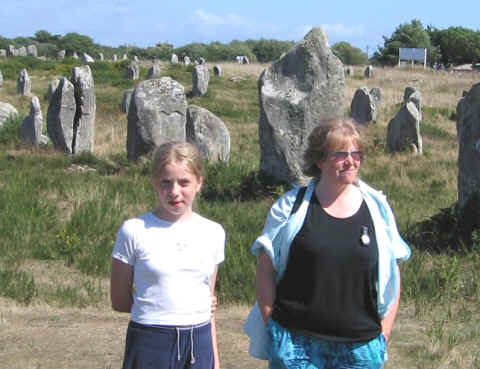 And of course, lots of time building sandcastles on the beach! 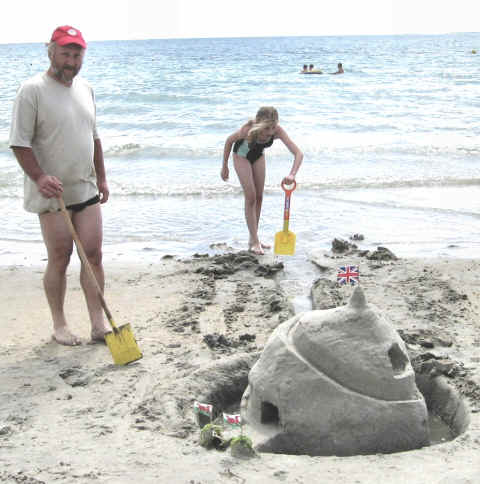 On the way back, we stopped in with some friends who have a lovely cottage near Le Mans, and whilst there, visited the local ‘comice’ or town fair: 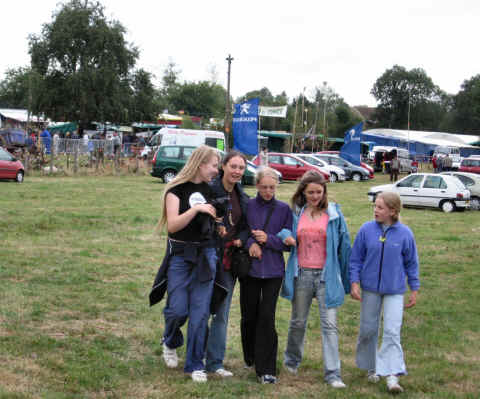 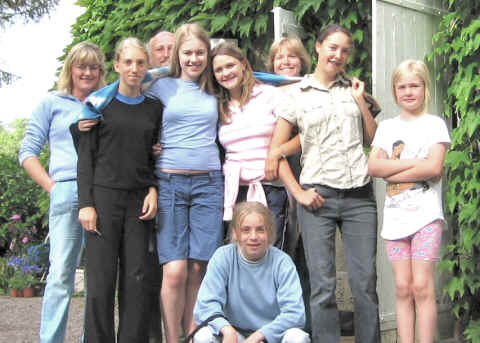 We spent October half term in a lovely cottage at the edge of the Cotswold Water Park. Jesse had a wonderful time with all the rivers and lakes! Most of the time we walked, but one day, the girls decided on boating: 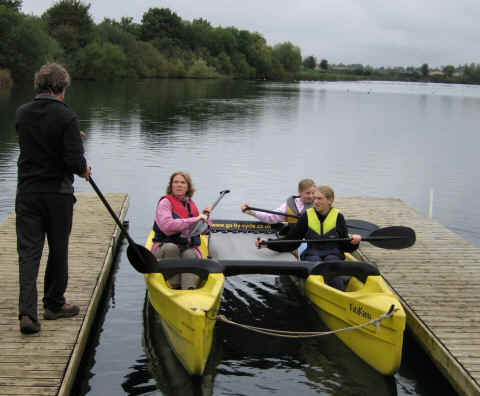 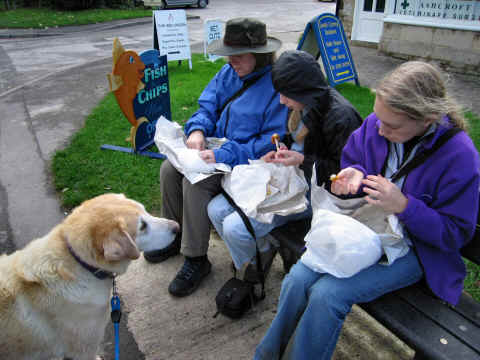