While in Somerset many years ago, we found the very interesting
Somerset Space Walk, which is a scale model of the solar system laid out along the towpath of the Taunton and Bridgwater canal. The ‘Sun’ is located at Higher Maunsel lock, between Taunton and  Bridgewater, with models of planets extending along the canal for 11kms (6.8 miles) in each direction.

It is well worth the walk, if only to appreciate the true scale
of the solar system.

We only managed part of the walk, here are some of the photos
we took: 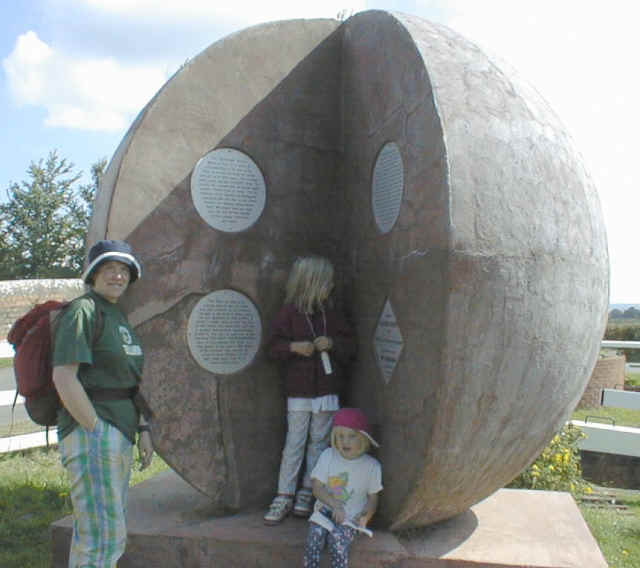 This is the model of the ‘Sun’, located at Higher Maunsel Lock. 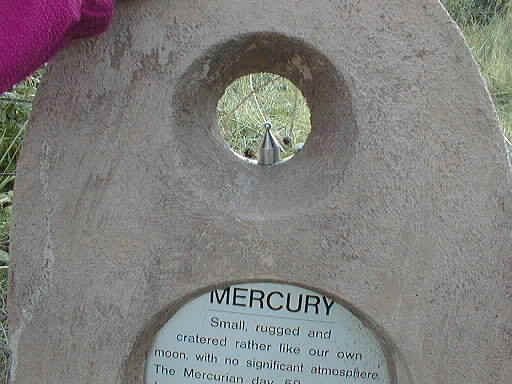 Even when we walked to ‘Mercury’, the innermost planet, the ‘Sun’ seemed a long way away! 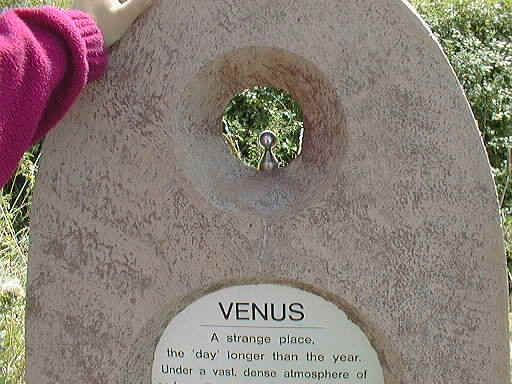 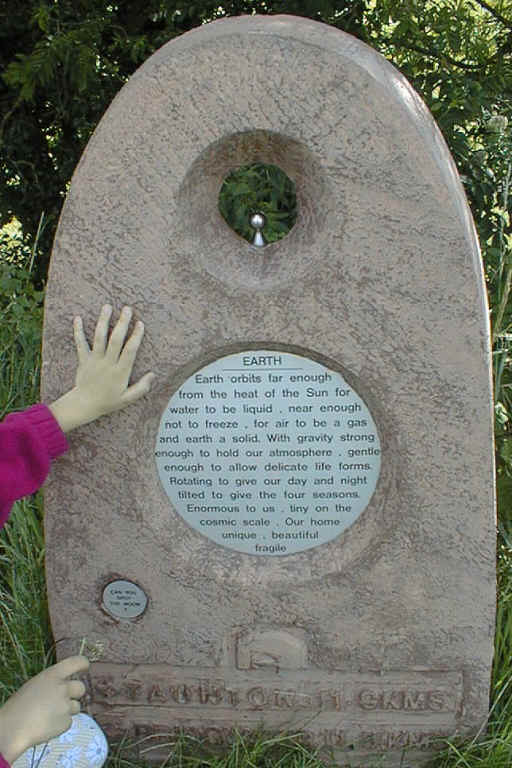 This plaque also shows the ‘Moon’ in true scale and distance from the ‘Earth’.
It is a tiny dot near Gemma’s knee that unfortunately is not really visible in this photograph. 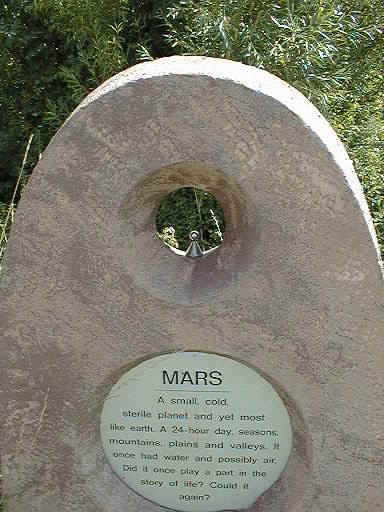 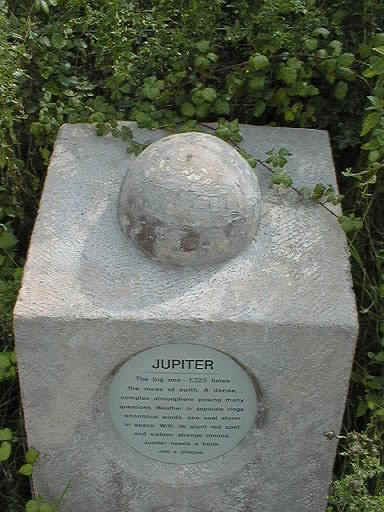 It was then a LONG walk to get to ‘Jupiter’! 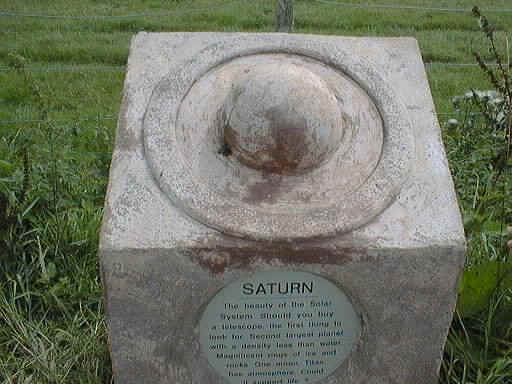 And quite a distance to ‘Saturn’ as well. 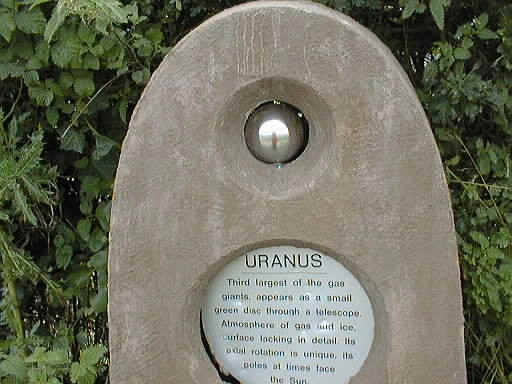 ‘Uranus’ was the final ‘planet’ we managed to walk to. At this point, lunch in a pub called. One day, we shall visit the rest of the planets though…