When we are camping, lifting a 5 gallon (25 litre) water carrier is a lot of effort every time you need some water. So many years back, I built the first prototype of a portable water pump.
This uses a standard 12V “caravan” pump, available from most camping shops or online stores like Towsure.

This is the original completed pump: 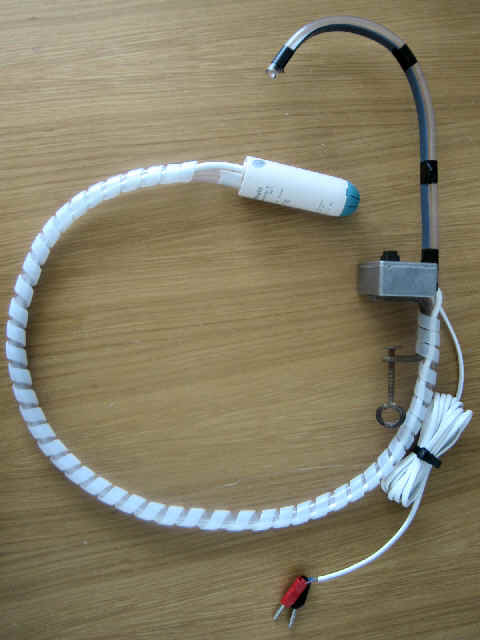 It would normally be clipped to a table with the pump itself inside a 5 gallon Aquaroll water carrier (or similar). Operation is simple; push the black button on the die-cast box, and water comes out (pretty quickly). The water stays in the single length of plastic tubing so it is all reasonably hygienic. The pump takes between 2.5A and 3A, but as it’s not running that often, battery usage is minimal.

The pipe is fixed to the pipe support using electrical tape. I tried heat-shrink tubing but it didn’t like the sharp bends.

The various bits are just bolted to the die-cast box, and rubber grommets are used for the cable entry points.
I sealed the box with some clear bathroom sealant – this should help with long term corrosion.

I needed to build another pump in 2011, this time for a local scout group, and varied things slightly: 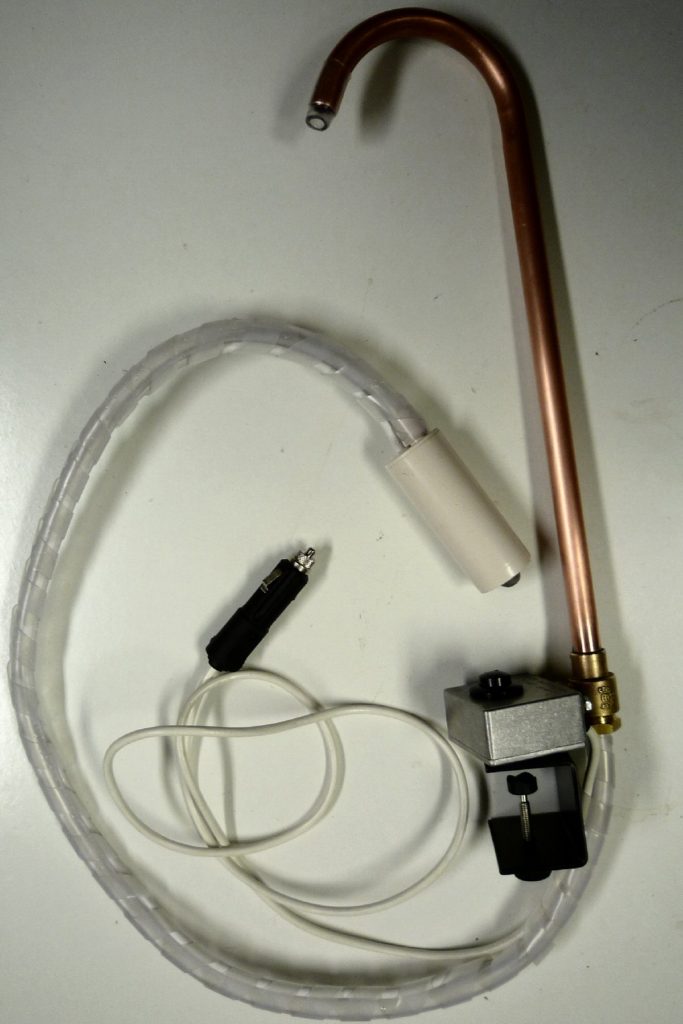 This version uses standard 15mm copper pipe (sleeved with the plastic pipe), soldered to a wall connector.
This provides a much better mounting, at the expense of some flexibility in the water delivery. The pump is magnetically attached to the table clamp, allowing it to be easily lifted off to fill tall items.

Close up of the soldered pipe and connector: 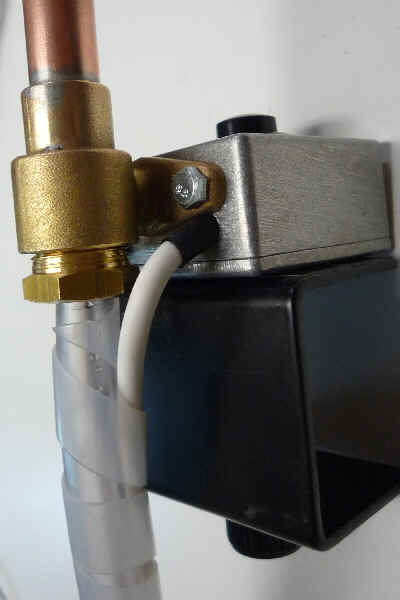